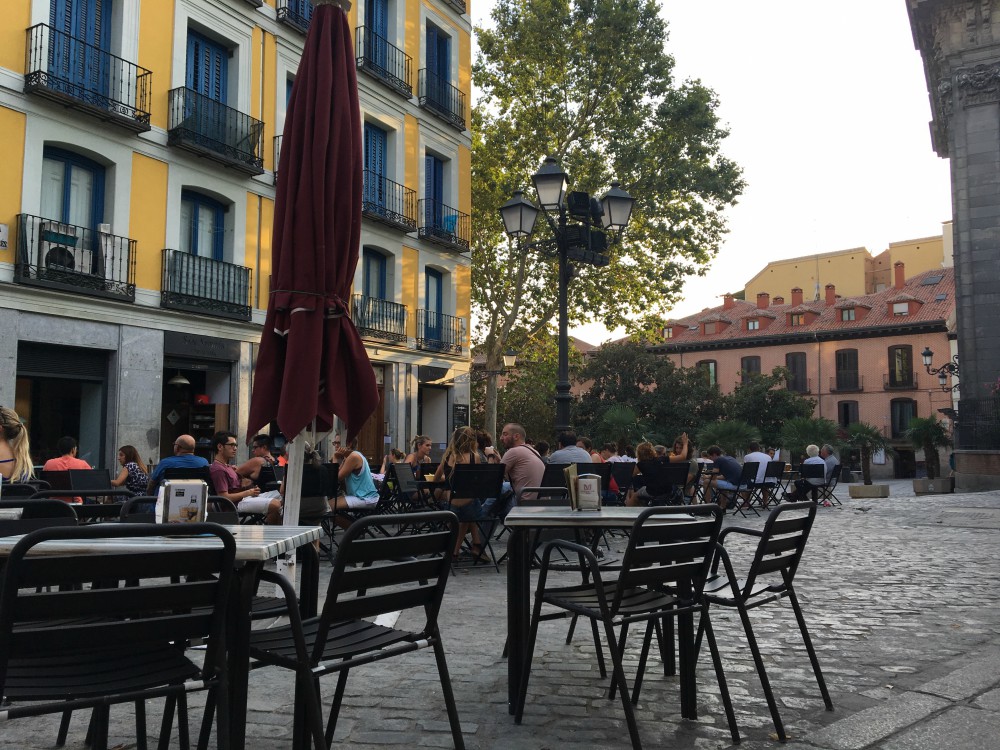 La Latina is Madrid’s epicenter, a lively neighborhood full of history, gastronomy, and nightlife. It’s the ideal place to get lost in after enjoying the lovely views from your Flat Sweet Home Plaza Mayor or relaxing at your Flat Sweet Home Mercado de San Miguel, both very close to La Latina. In this neighborhood, locals show off their most authentic, refined version, and they let themselves get carried away by the area’s unique traits.

This remarkable group of buildings and passions was formed in 1499. La Latina owes its name to Beatriz Galindo, a patron who founded a hospital in the area where the Teatro La Latina—the most renowned cultural center in the neighborhood—stands today.  Beatriz was a Latin teacher, and her occupation is what gave the place its name. 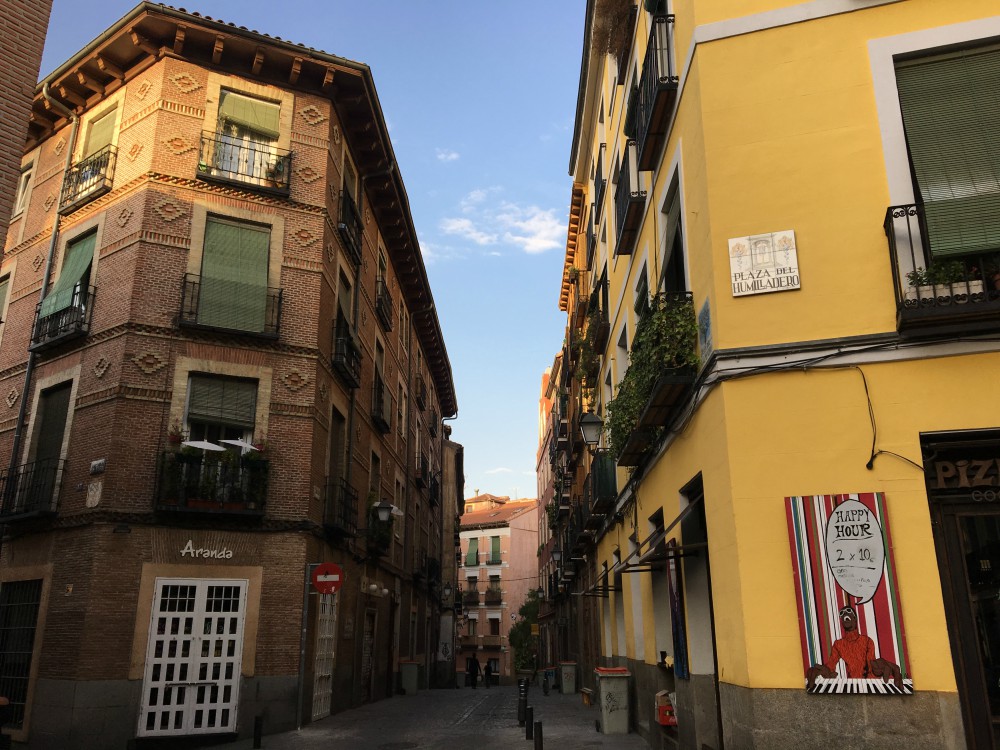 The area began to grow outside the old wall that surrounded the older part of the city, and it filled up with streets such as Cava Baja, which was named after the trenches its inhabitants dug against Arab attacks. And it’s in this peculiar street where you’ll begin this gastronomic tour at La Latina. Here you’ll find an endless array of options that flirt with the city’s culinary tradition. Some of these options are innovative, such as La Antoñita, located in a traditional building; or more authentic proposals, such as Taberna del Capitán Alatriste or Casa Lucio, su Taberna, just across the street, with their famous huevos rotos con patatas, a symbol of classic local cuisine. You’ll find a broad range of options beyond Cava Baja.

For instance, La Bobia gets back the name and locations of a fashionable bar during the movida madrileña in the 1980s. Today it’s a refined Asturian cuisine bar where you can enjoy dishes such as Pixín, fabada or cachopo. Pair it up with cider and a decorated terrace with a mural by the Swinton & Grant gallery. The Plaza de la Cebada is very close from here; it has a food market with plenty of local, high-quality produce. Right across the street from the market, you’ll discover the traces of Japanese, Lebanese and European cultures in the colorful Brazilian kitchen at Tapioca, a lovely and cozy venue.

You might choose to enjoy this experience without thinking about the scale, but at Viva Burger, you can let a little gluttony slide in without fearing for your health. This vegan restaurant stands out for having the best vegetable burgers in town. An exquisite pleasure without any significant caloric impact and with hints to the most exotic cuisines in the world. Another tasty and healthy option is Zoco. A representative of flexitarian cuisine, it blends vegan cookery with animal ingredients with a sublime balance and the best organic ingredients. 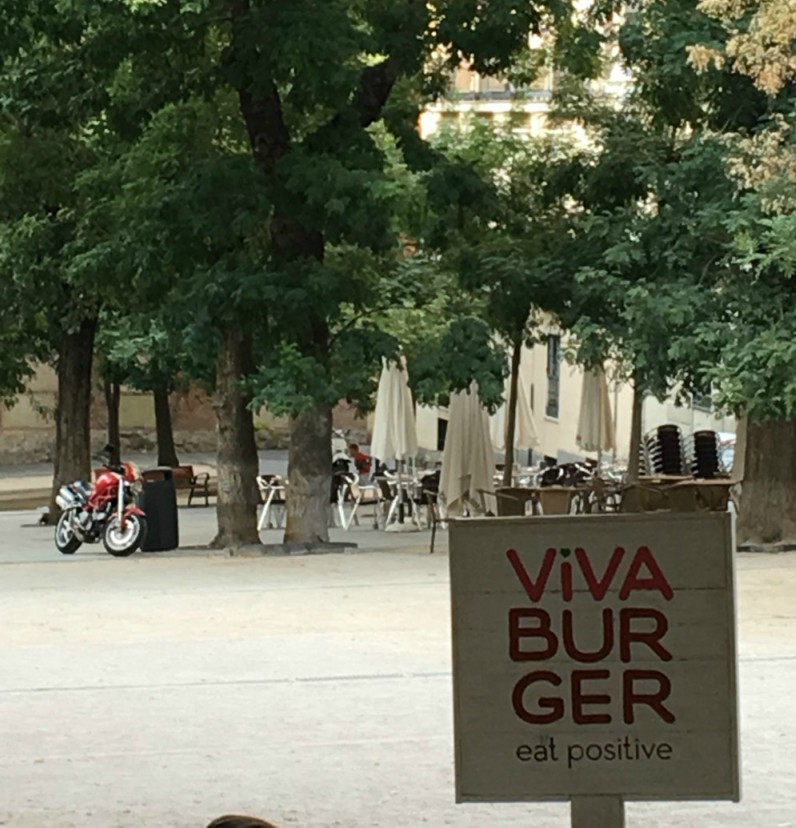 La Latina has always been the go-to place for night owls. If you have the most fun at night, there’s no better place to let yourself fall for its charms. The night leaves its mark in places like Corral de la Morería, a temple to the purest of flamenco in the heart of Madrid. Its stage has seen the likes of Lola Flores and Joaquín Cortés. It still maintains the same essence that made it the best tablao in the world in 60 years of flamenco enchantment. This classic at La Latina pairs its unique show with a delicious signature Spanish cuisine suitable only for real foodies. Seductive nightlife lovers have another meeting point at El Bombón, a newly-opened reference point in the area. It offers the best of Caribbean food and one of the best places for salsa dancing. The venue is incomparable in Madrid, and its success in Barcelona contributed to its arrival in the neighborhood. Its contagious rhythm serves as an entry to a sophisticated night.

A cocktail at La Francesa while listening to blues will open your night-time appetite. This small but loveable venue is a hidden treasure on Costanilla de San Pedro Street, very close to Cabaret Berlín. The latter is a stylish discotheque that will take you back to 1930s Berlin. Live music couldn’t be missing at La Latina. El Sótano lounge offers the best of the alternative Spanish and Madrid scene, with its diverse programming that showcases real rock, pop, and indie. 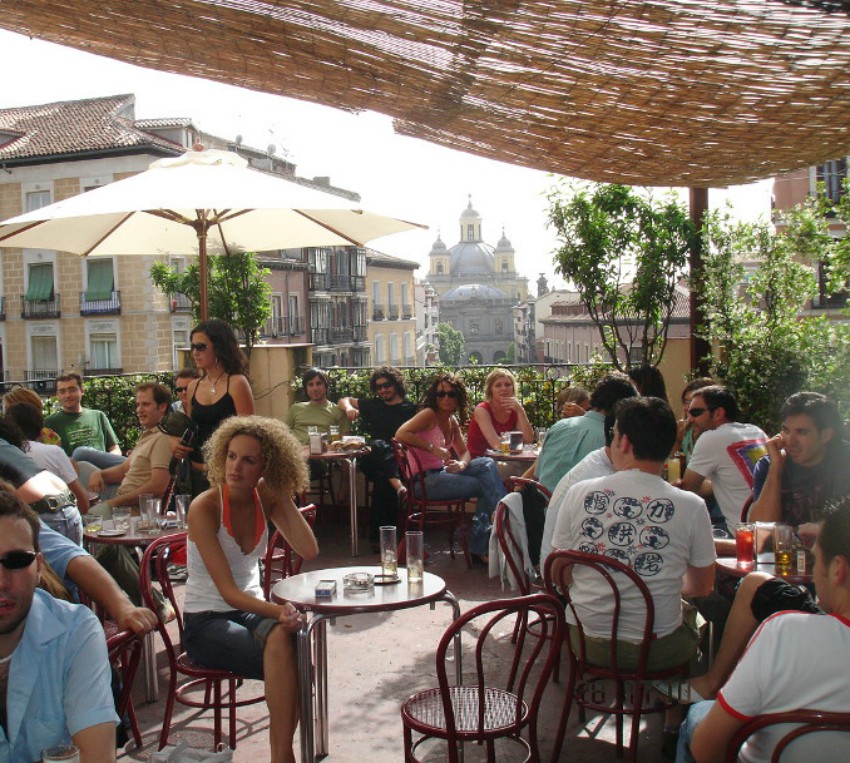 La Latina wouldn’t be the same without the terraces of magical venues like El Viajero. Its terraces have views to one of the neighborhood’s wonders, the San Francisco el Grande Church. This magnificent work of architecture built in neoclassic style in the 18th century houses the largest circular third floor in the world and works by Zurbarán and Goya. The terraces find their space on the plazas that create La Latina’s lifestyle, and the hours fly by with beer, tapas and lively conversations at plazas like Puerta de Moros or San Andrés. On the latter lies a building that guards the miracle well, located where the patron saint of the city lived over a thousand years ago serving a feudal lord. This well bore witness to the extraordinary rescue of the Lord of San Isidro’s sons.  The well is preserved to this day, and visitors may see it for free. At the same plaza de San Andrés, also known as Plaza de la Paja, rises a church built for its namesake, Saint Andrew. Its relaxed terraces can’t hide the romantic garden inside, built by the Duke of Angloma. The garden’s rose bushes have witnessed declarations of love, and it’s an ideal landmark for couples. 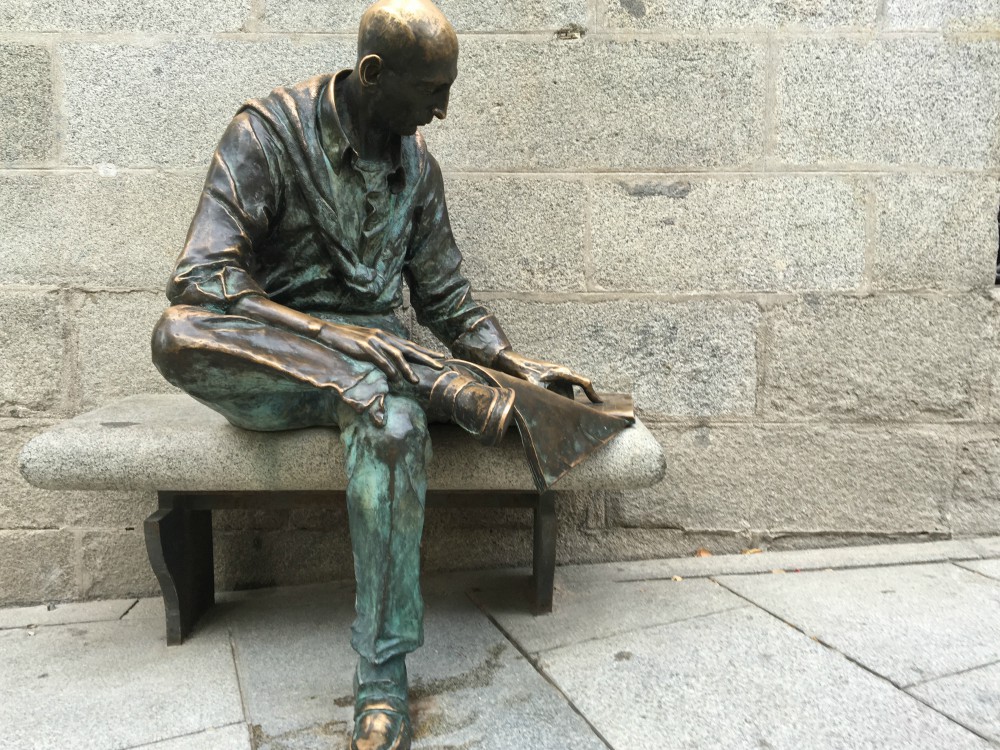 There’s another reason for pride at La Latina—it’s El Rastro, the largest street market in Spain. It takes place every Sunday from 10 a.m. until past 3 p.m. It starts in the vicinity of Cascorro, an authentic plaza that greets its visitors with its open terraces. The market extends along Ribera de Curtidores Street and its surroundings. The market populates the area with all sorts of products—from clothes to antiques—, and it creates a peculiar urban collage and its own universe worth witnessing. The day can’t end without tasting one of the 20 varieties of tostas (a type of pincho) from El Capricho Extremeño. This traditional venue offers the best of Spanish cuisine over exquisite bread, affordable prices and the pleasure of eating with your hands, surrounded by El Rastro’s atmosphere. Nothing else could turn these heavenly bites into a mouth-watering experience.

Life on the streets of La Latina reflects its cosmopolitan, bohemian beat that keeps its essence and opens itself to the world. The area’s stimulating social life is an irresistible excuse to abandon the comfort of your Flat Sweet Home for a while to explore the authentic soul of this sleepless city. 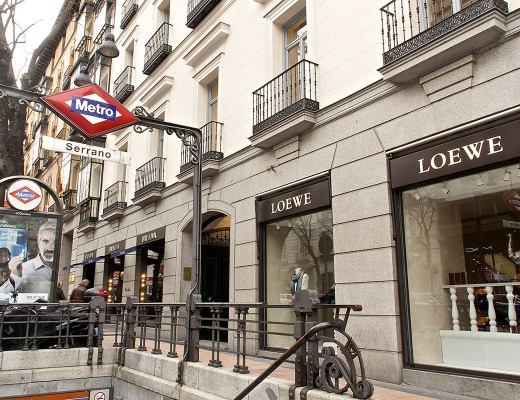 SALAMANCA: DAYS OF WINE AND SHOPPING 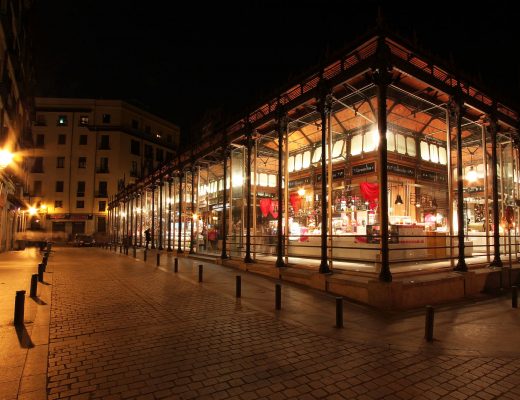